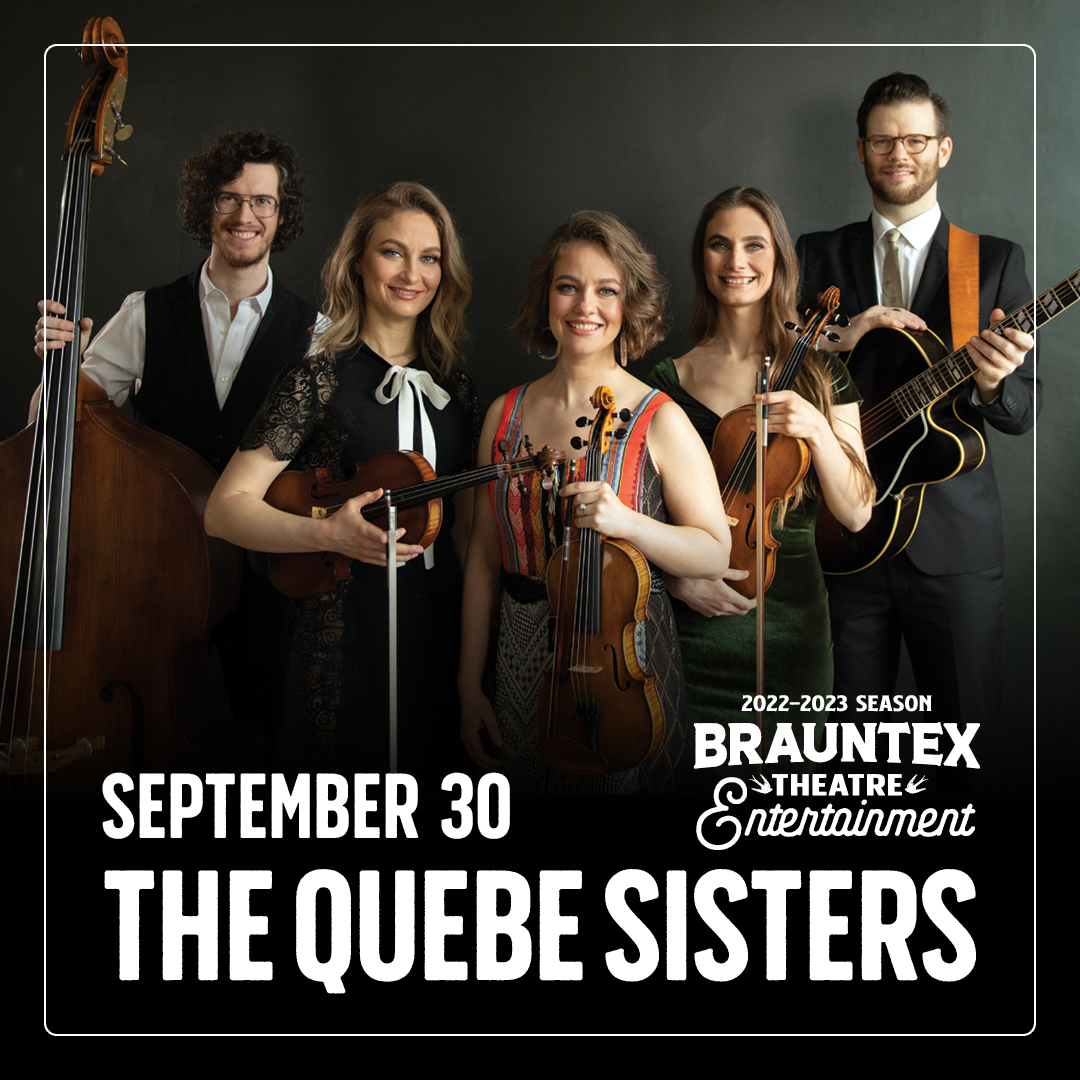 Grace, Sophia and Hulda Quebe (pronounced kway-bee) were born and raised in Dallas but later moved to Burleson. They briefly studied classical violin but switched to country fiddle in 1998. Cowboy singer Red Steagall discovered the sisters in 2000 and helped them get their start in the music business. Steagall knows talent when he sees it, he discovered Reba McEntire back in 1975. The sisters have toured all over America, bringing their beautiful harmonies and incredible fiddle prowess to enthusiastic audiences. Their last show at the Brauntex, on May 3, 2019, was interrupted by a major power outage in the entire downtown. Without missing a beat, the girls performed the final hour in the dark for a true acoustic show. It remains one of the best shows ever performed at our theatre. We promised them a second chance to play the entire show with electricity, so we are making good on our promise.