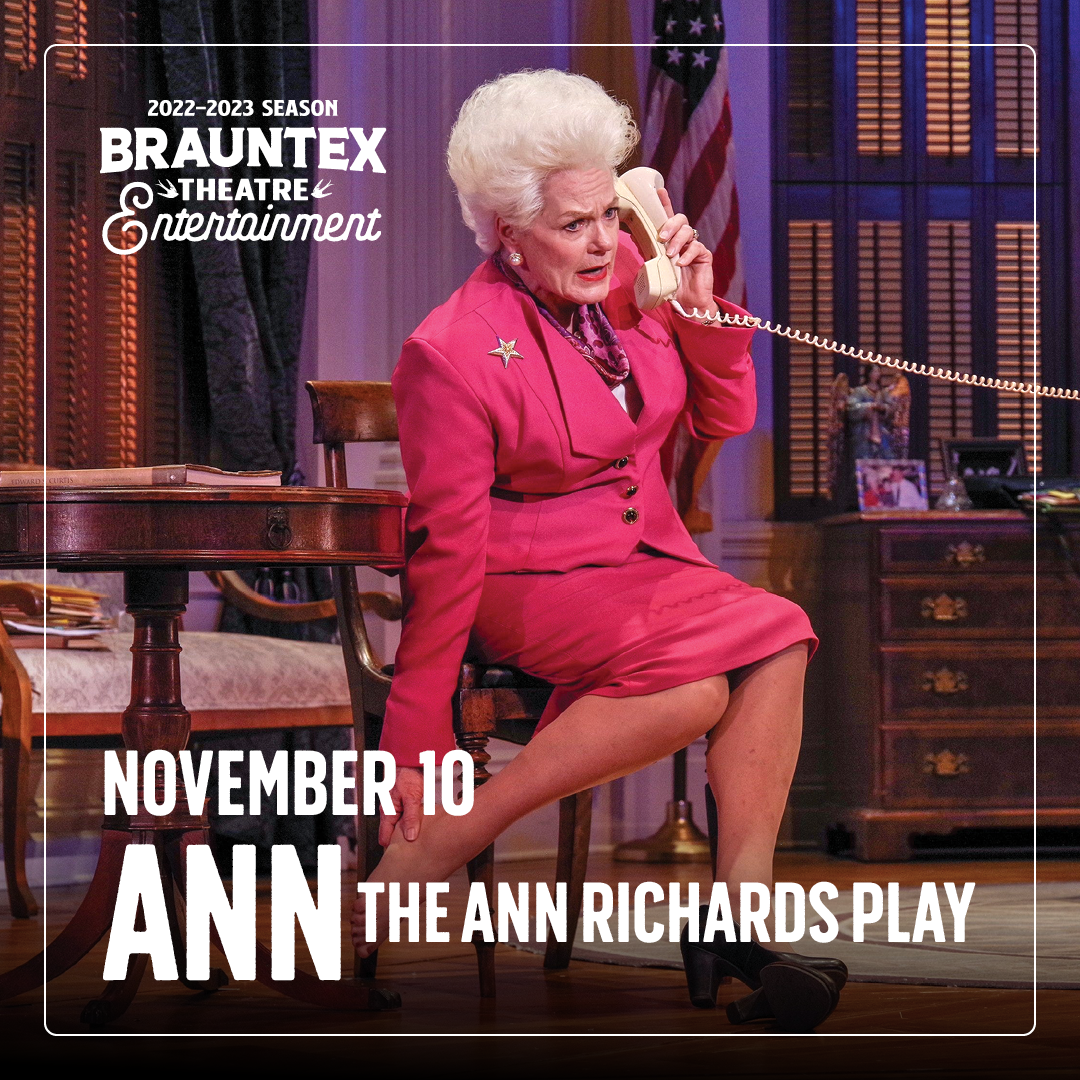 Actress Holland Taylor wrote and performed in the original version of this amazing one woman play. After touring the play on Broadway and all over Texas, Holland stepped aside and handed off the lead role to Texas actress Libby Villari. She made the role her own and is continuing in Holland’s footsteps. The uncanny likeness that Libby is able to bring to this performance must be seen to be believed