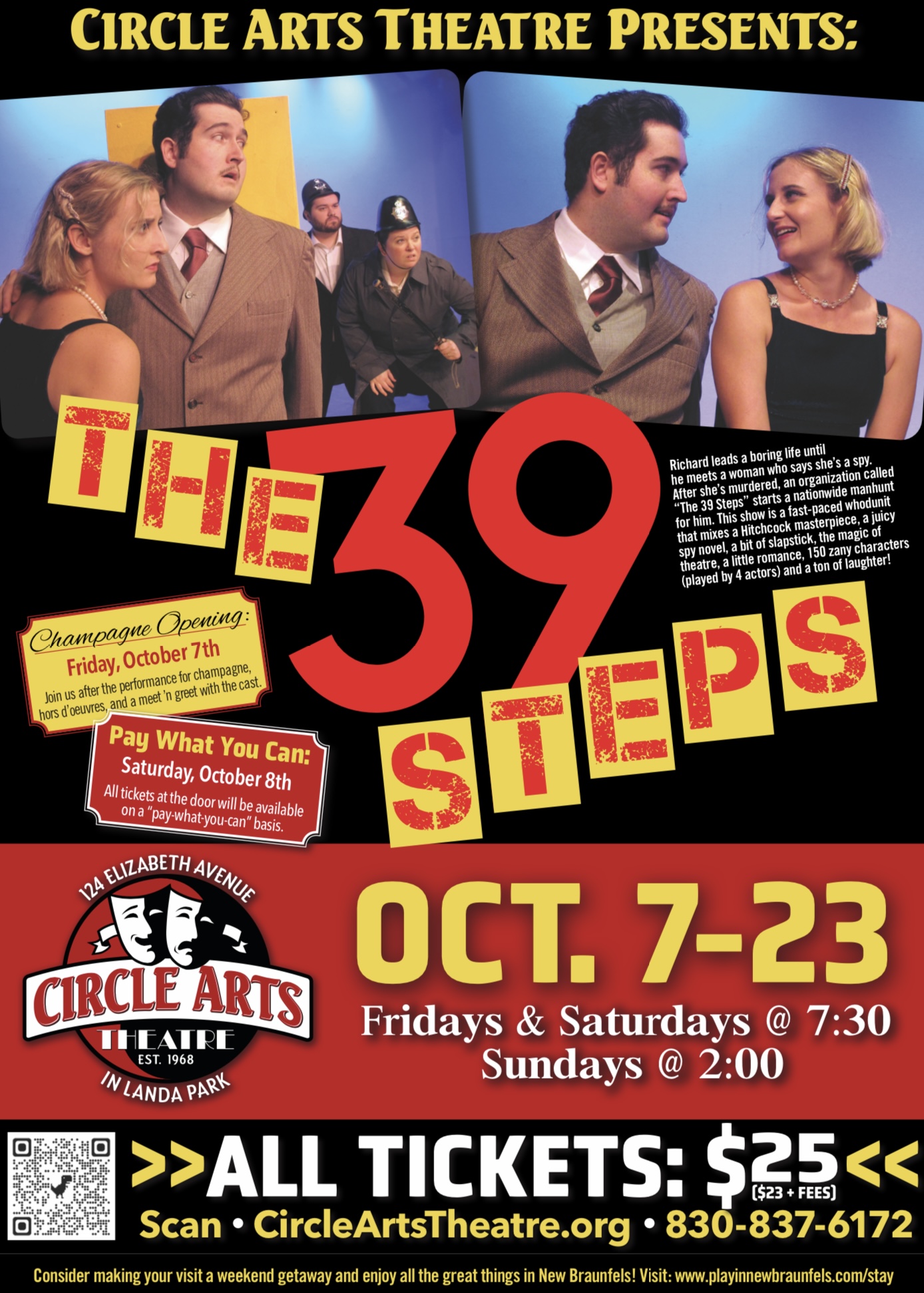 Richard leads a boring life until he meets a woman who says she’s a spy. After she’s murdered, an organization called “The 39 Steps” starts a nationwide manhunt for him. This show is a fast-paced whodunit that mixes a Hitchcock masterpiece, a juicy spy novel, a bit of slapstick, the magic of theatre, a little romance, 150 zany characters (played by 4 actors) and a ton of laughter!